Poverty in the Gambia, 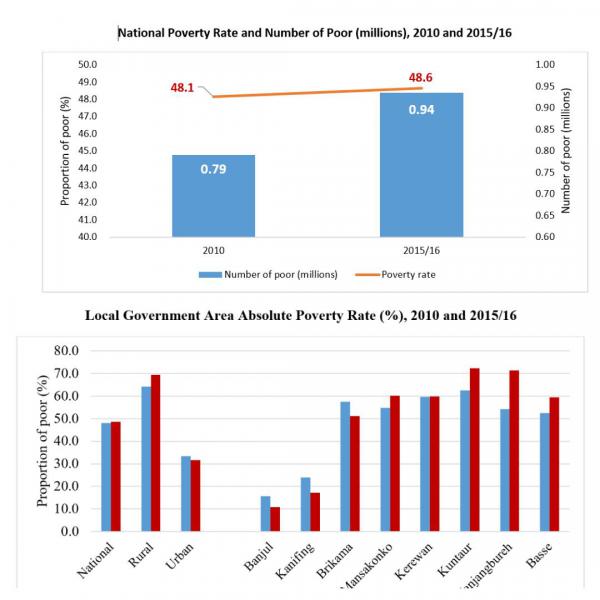 The dependence on rain-fed agriculture as a source of livelihood makes households susceptible to hunger and reduction in householdsÆ welfare. Efforts are needed to promote irrigation projects and other interventions aimed at increasing agricultural productivity and improving rural peopleÆs access to markets.